I was Reborn as a Housekeeper in a Parallel World! 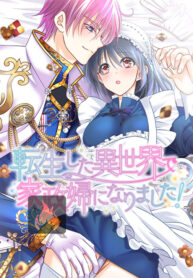 Read manga I was Reborn as a Housekeeper in a Parallel World!

Erena, a high school girl, died in a fire… but she was reborn in a parallel world! She now works as a housekeeper for a wealthy elderly couple, using the housekeeping skills she honed in her men-only family. One day, the elderly couple move in with their son, but his house is the royal castle! The couple were actually the retired previous King and Queen, and their son is the King! Can Erena’s housekeeping skills help pave a new way for the kingdom?!

The Things Melvin Left Behind for Them

When You’re Targeted by the Bully